What big eyes you have! The better to shut while watching Red Riding Hood, my dears. Meanwhile, Elliott introduces his lesser Richard Dreyfuss film series, Stuart reveals his elf racism, Dan attempts to use some cool lingo, and Alexander brings some indie rock credibility to the proceedings. 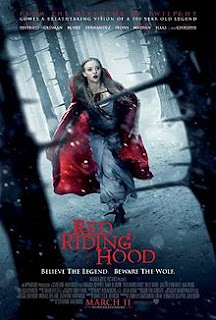 Take a listen to Alex Smith‘s podcast “Probably Not,” HERE.

Elliott’s doing a few events to promote the pieces he’s written (or co-written with Wyatt Cenac) for the Marvel anthology Shame Itself:

+ Wednesday, November 2nd @6pm
Shame Itself Signing
Jim Hanley’s Universe
4 West 33rd Street
Signing copies of SHAME ITSELF, with many of the book’s writers and artists.  The signing starts at 6, but due to work, Elliott may not get there until 6:30.


Dan will be making one of his rare stand-up appearances as part of the Kings County Comedy Hour on Friday, November 4, at 8 PM. The show is FREE.