Katherine Heigl cements her bid to be our lady-Gerard-Butler with her turn in the “oops, my husband is a killer” 2010 “comedy,” Killers. Meanwhile, Blue Dan makes an appearance, Stuart makes his classiest recommendation yet, and Lou reveals his high-rolling Broadway show-going lifestyle. 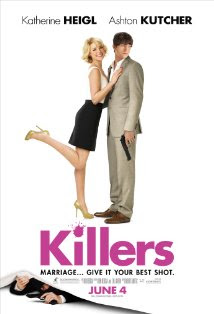 Apologies if the sound is a little weird on this episode. Dan was experimenting with some new audio software, but the end result came out a bit over-compressed. Things should be back to normal next time.