It’s the 27th episode, and we’re discussing 27 Dresses. Coincidence? Yes. We’re neither that clever nor that well-planned. But enjoy as our chick flick discussion leads us to make several lazy jokes based on gender stereotypes that we don’t believe, because we are also hacks. Meanwhile, Stuart does his Josh Brolin impression, Elliott gives a fun fact about Japanese brides, and an innocent remark by Dan turns into a horrifying sexual come-on.

As promised, here are the photos of Stuart and his new mustache. Send us your opinions of who Stuart looks like to theflophousepodcast (at) gmail (dot) com. 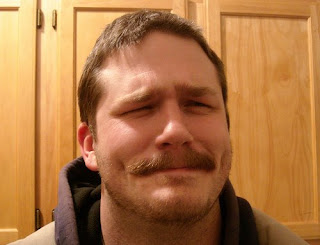 The glare from Stu’s mustache is enough that even he must squint. 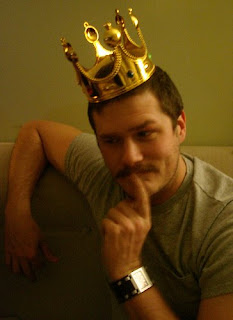 Stuart is the thoughtful king of bad movies, adjudicating like Solomon of old.