Who are these people, and what are they doing on your iPod/Phone/Computer/Telekinetic Implant? Read on to find out. 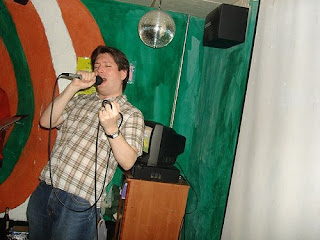 Dan McCoy got hired as a writer for The Daily Show With Jon Stewart in May 2011, rendering the rest of his resume pretty much moot. However, assuming you care, he also created/animated/acted in the webseries 9 AM Meeting which won an MTV sponsored development deal at the NYTV Festival. He was a writer/ cast member for the stage talk show “Sara Schaefer is Obsessed With You” (Back Stage Best Bet 2005, ECNY Winner, NY Post Hot List), and for the variety stage show “The Primetime Kalan,” hosted by Elliott Kalan. He’s contributed to quixotically paper-based NY humor magazines like Jest and Whim Quarterly. Dan’s sketches have been heard on the Seattle public radio program Rewind, and NPR’s Morning Edition, and his work has appeared online on Slate, Modern Humorist, and Gawker. He trained in improv at The Upright Citizen’s Brigade Theater, and has also done some poorly-attended “legitimate” theater. He lives in Brooklyn with his cat and his wife, not in that order. 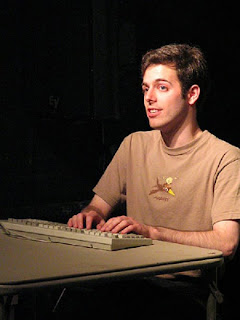 Elliott Kalan is a staff writer for The Daily Show with Jon Stewart, a columnist for the newspaper Metro, and a freelance writer and comedian. In 2006 he co-produced the “gay cowboy” montage for the Academy Awards ceremony. He hosts the screening series Closely Watched Films at 92Y Tribeca, and has been known to write a thing or two for Marvel Comics. Elliott is a worshipper at the altar of movies, both good and bad. Also, he can talk the back legs off a mule. Someday he would like to be very famous and very rich, not necessarily in that order. 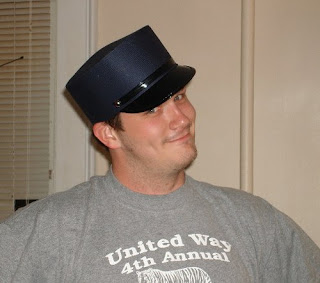 Stuart Wellington was born in Indiana, USA to Mark and Shelley Wellington. He did poorly in grammar school and went on to an undistinguished career at Earlham College. One day everything changed. He found a magical amulet in an old trunk that was once owned by his great grandfather. It turns out that Stuart is the last remaining member of an ancient royal family of some bullshit fantasy world. Only he can set right what is wrong, and cast the Dark One back into the Abyss. Instead, he is going to spend his time watching shitty movies and eating hamburgers. The End? 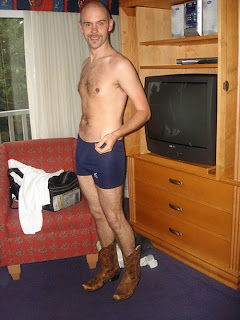 Little is known about man of mystery Simon Fisher… mainly because he neglected to send in a bio, despite our pleas. Jerk. He was a hell of a co-host until he decided to leave New York City for the sophisticated delights of Fort Wayne Indiana, where he is missing and presumed dead. Or at least that’s what we’re guessing, based on how often he calls. One thing’s for sure: the man grows a hell of a mustache.

Q: What the hell is this thing?

A: This is a podcast about bad movies. It’s a comedy podcast, although we like to think that we occasionally make some salient critical points in-between all the sex jokes and lengthy digressions.

A: Well, not really. I mean, if you’re gonna describe it to someone, that’s a good way to do it, in the same way that you could say that Deep Blue Sea is kinda like Jaws, since they both have big sharks. But ours isn’t commentary that you listen to during the film. We’re like that post-movie discussion you have at the bar, when you’re still angry about the money you shelled out for tickets.

Q: So… the listener has to have seen the movie you’re talking about?

A: Um. We hope not, otherwise that’s a big conceptual flaw. It’s a pretty big leap of faith to assume that you’re all gonna run out and rent Bratz: The Movie just so you can keep up with us. We try to make it accessible whether you’ve seen the movie our not. Think of it as hanging out with a few of your funny friends, while they tell stories. Only the stories didn’t happen to them; they happened to Jessica Alba. And they totally sucked.

Q: Isn’t it easy just to tear things down? Do you think you’re better than the people who made these movies?

A: We don’t do this just to criticize, and we all have our own creative pursuits. We just look at this as a jumping-off point for some funny discussion. We realize that it’s incredibly hard to make a movie, and that many of these people have done great work in the past and will do great work again. We love movies, good or bad — we hope movies work on their own terms, but if they don’t we love cracking jokes about them. We’d probably be doing this exact same thing, even if we weren’t recording it. That said, we are better than most of these people… if by “better” you mean “poorer.”

Q: What’s that godawful noise I hear on the podcast?

A: Which one? Dan clinking the ice in his gin and tonics? Stuart kicking the table repeatedly, because he is clinically unable to keep still? Dan’s cat Lulu batting at the microphone wires? Gunshots from outside Dan’s semi-ghetto apartment? The lousy single microphone we used for every episode pre-episode-#12? Sorry. Next time we’ll get Phil Spector to engineer for us.

Q: Did you just compare yourselves to Deep Blue Sea?

A: Dude, did you see that movie? L.L. Cool J was a wisecracking, shark-fighting cook with a pet parrot. Of course we compared ourselves to it.

The Flop House At Work 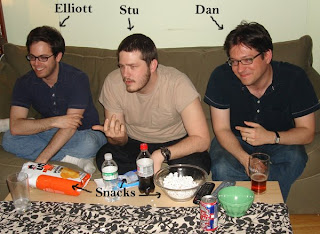