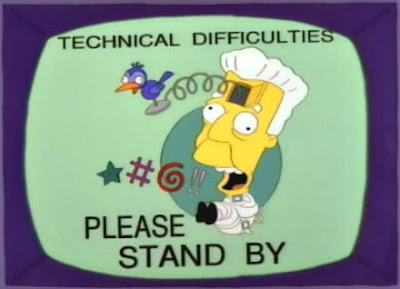 This last week, the peaches all got together to watch Flop House repeat offenders Alex Pettyfer and Vanessa Hudgens in the retelling-of-Beauty-and-the-Beast-with-one-of-the-Olsen-twins opus Beastly.

Having suffered through the whole film, Dan set up the recording equipment as he has for countless (actually, imminently countable) shows past. However, after 20 minutes, eagle-eye Stu noticed the levels were peaking much more than usual, and we discovered that we were picking up a hip-hop station underneath the recording, making some of the audio unlistenable, and all of it annoying.

Dan believes he has diagnosed the problem — shielding problems with the old mic cables caused them to act as antennae and receive radio signals. He’s ordered replacement cables, but we won’t be able to record a new show until Dan and Elliott are back from vacation. Thus, the earliest a new show will be out will likely be the weekend of September 3-4.

(Although, if we have enough comments in the comments section insisting on it, we may throw up the bad audio as a “blooper episode.”)

Our apologies about the delay. We’re as dismayed about it as you are. Blame… we dunno. Science.