We start the new year off with a BIG movie, especially according to its star, Mr. Dwayne Mr. “The Rock” E. Normous Johnson. It’s Black Adam, a superhero probably even fewer of you have heard of than Shazam (nee Captain Marvel), in whose pages B. Adam first appeared. He’s not your daddy’s superhero, in that he kills a bunch of people, but he probably is your daddy’s (or granddaddy’s) superhero in the sense that he’s from 1945. Anyway, they made a long, boring movie about him, so we talk about it. 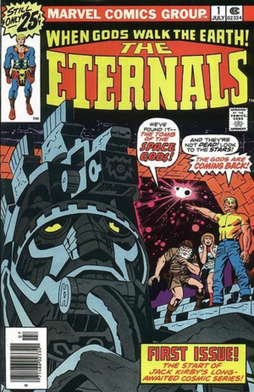 With Black Widow in theaters this week, we talk about the Marvel property everyone’s talking about! The Eternals! Elliott attempts to answer the important question: What’s their deal?